TODAY a walk round GWT's Lower Woods, to catch up on autumn colours and to get some fresh air was the plan, and so wrapped up and prepared to brace the mud we trooped off.  As it happens the mud did not materialise and the streams in the woodland were barely flowing, I expect due to the recent dry weather.

Considering how dog friendly and beautiful this woodland is, there really were not many people there and although busier then ever (10 cars!) you rarely bump into anyone whilst walking around.  Maybe they're all paying £9 each to get into Westonbirt*! (*please note that Westonbirt is brilliant and does lovely refreshments).

At this time of year there's no amazing and distracting wildflowers carpeting the woodland floor, so your attention is drawn elsewhere; of course currently that's the wonderful yellows, browns and oranges of the leaves, but also the trees themselves.  This is when the fallen leaves alert you to the species above: oak, ash and hazel dominate - but the bright yellow field maple leaves give away the species amongst its fellows - and then the leaves of the wild service tree lead your eye from your feet to a spindly bare branched (and slightly ugly) tree above.  I also found holly, alder, wych elm and hornbeam (the later for the first time). 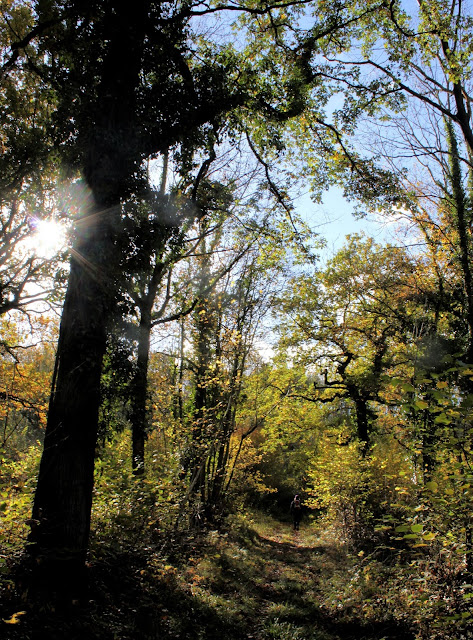 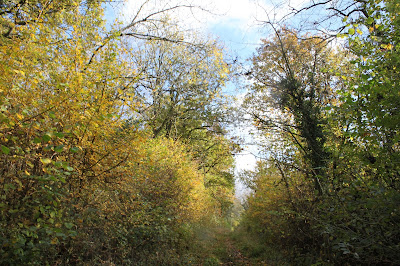 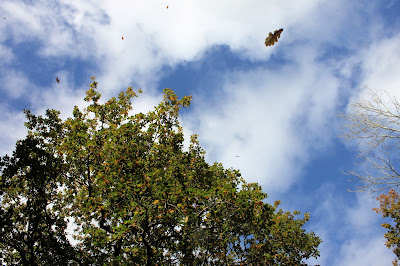 There were not many large fungi evident, but this unusual specimen caught my eye; I think that its a grey coral fungus. 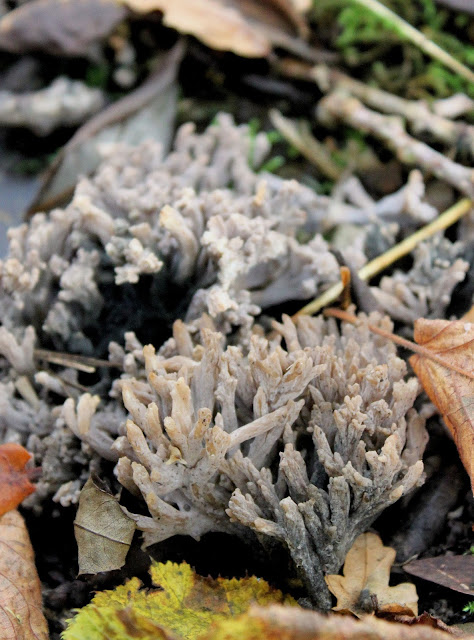 Back to the Levels

LAST weekend the weather was balmy, calm and kind - and now look at it!  Anyway, that gave me a chance to hunt down a special bird, reportedly frequently showing on  SWT Westhay Nature Reserve: the bearded tit (or "reedling" as its now known).

This is quite an elusive quarry and although the calls were frequent and near, only once did the specular male show himself - but boy it was worth the wait.  Apparently its easier if you visit early in the morning - but really...? 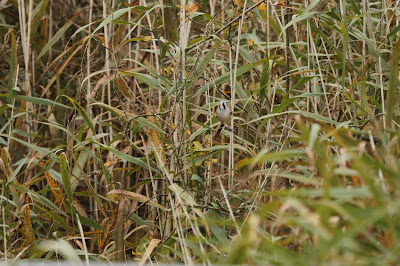 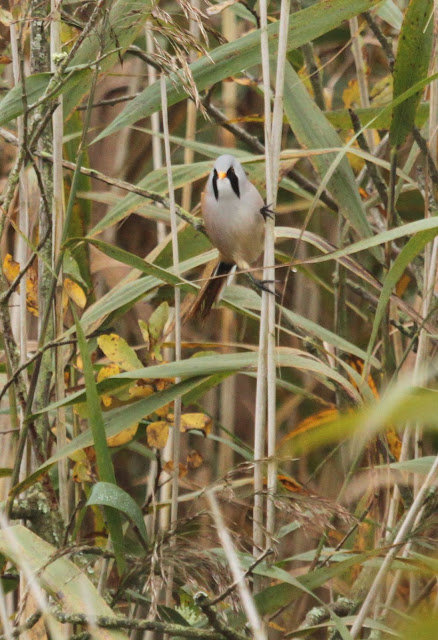 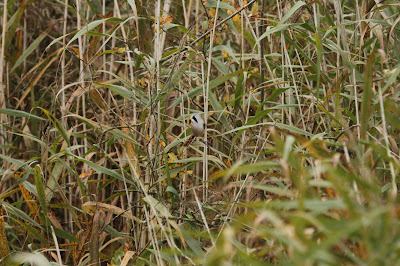 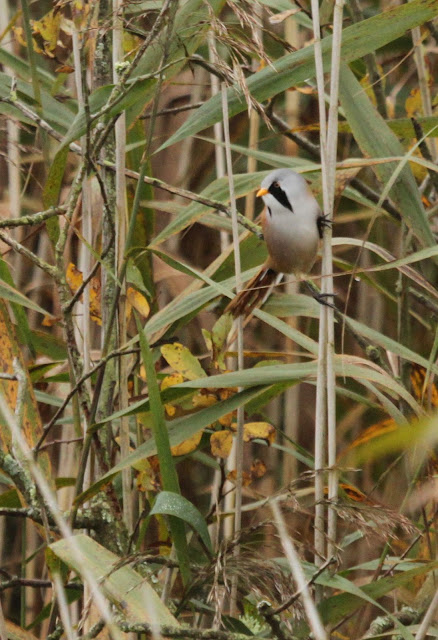 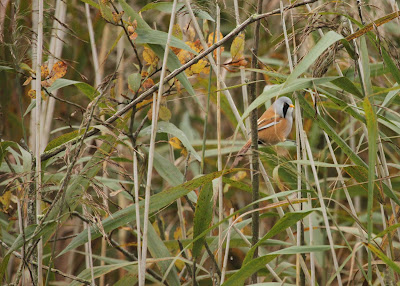 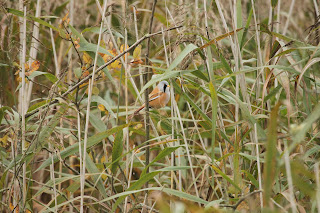 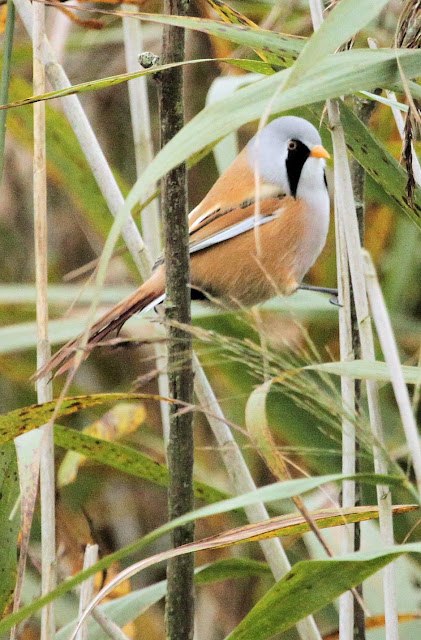 Locally common, and in this case very tame, this male reed bunting worked hard to extract the reed seeds, which I expect are from now on are ripening worth the effort.  His black face is mottled with the brown of winter plumage, but with the white and chestnut shades he is certainly a handsome chap. 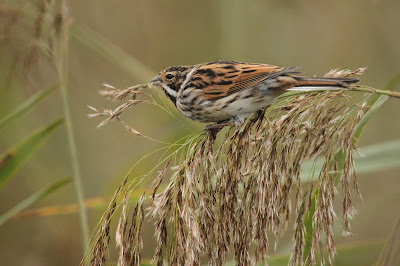 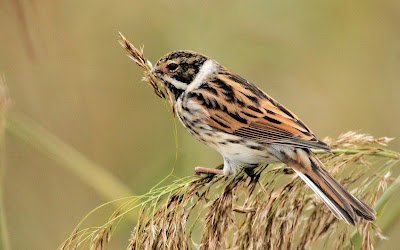 Moving up the road to Ham Wall RSPB reserve the now familiar great white egrets were feeding in the shallow waters between the large areas of reed.  The fields in the area also host flocks of little egrets and, although I was not able to find it, a cattle egret at the moment.

Like so many herons and egrets, the Levels seem to suit them well and they are thriving here.  It is strange that such large exotic birds seemingly have been able to burst onto the scene - but maybe the lack of persecution has at last started to work in these species' favour, and with wetlands being managed to meet their needs its a positive picture.  I hope that soon the cranes will be a common sight... 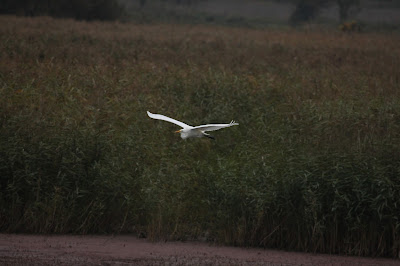 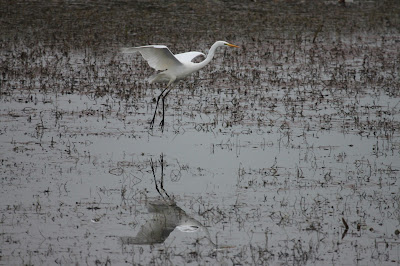 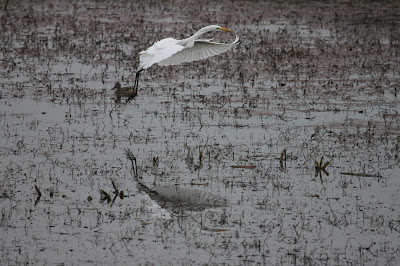 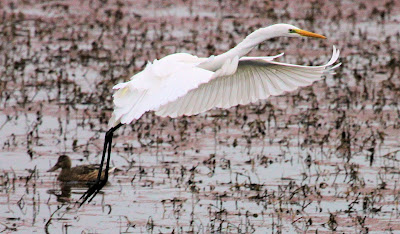 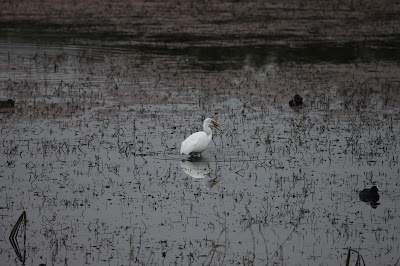 I was quite surprised to see that where the reed bunting was there the reeds seem to host this fungus - it is so common I did suspect that it was not a problem as the reeds growth seems strong: 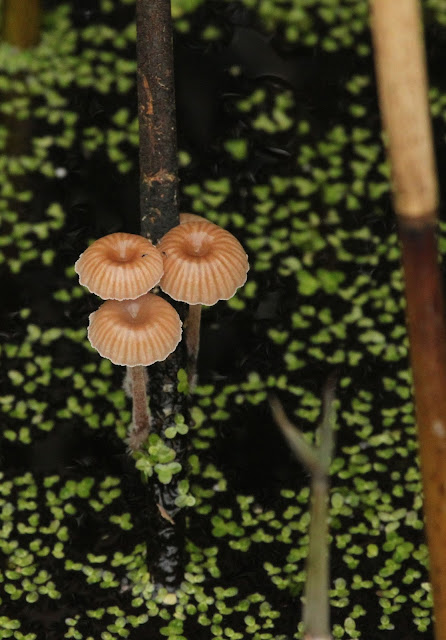 The extended warm weather meant that there was a good number of dragonflies still on the wing - I suspect that one week on this is no longer the case. 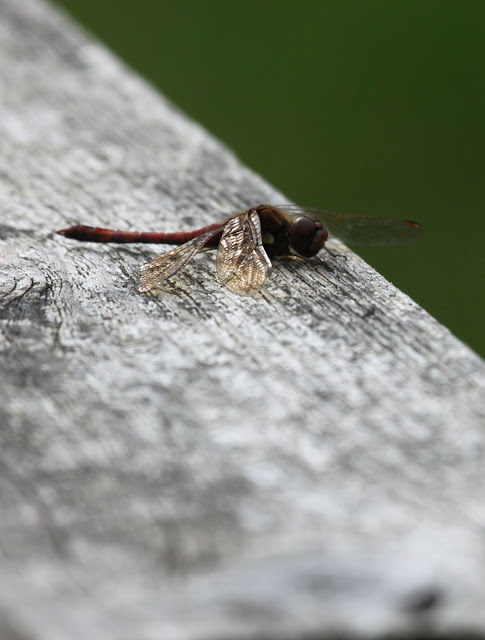 On Ham Wall the starlings are now amassing, and sitting in a small hide directly in their flight path was an mazing experience.  They rushed at me at eye level, or just above, then altered path at the last moment with a whoosh over head, an excited chatter and multiple plops!  There were thousands and thousands of them and they stream in endlessly to rush down to an area where the noise is almost deafening.  They must go quiet eventually, but I've never stayed long enough to witness that. 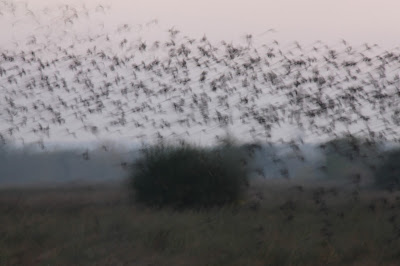 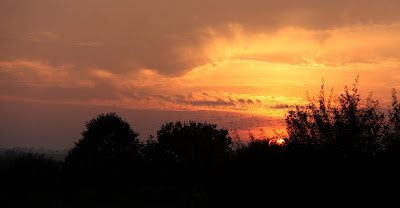