THERE is a fabulous ancient, semi-natural woodland owned by the Gloucester Wildlife Trust called Lower Woods, which we paid a visit to last weekend.  It never ceases to amaze me how few people make use of a place like this...ho hum.

In the spring time the ground flora is breath taking, and now of course the colours take on their mellow autumn hues.  There is a healthy stream that works its way through the woodland, cutting through the often muddy clay.  Along with a few huge, open, broad rides, there are many way-marked paths to wander along, without getting lost.  Along the edges of the rides, which are managed by cutting, the devil's bit scabious flowers were still doing well.  This is butterfly heaven for the marsh fritillaries... 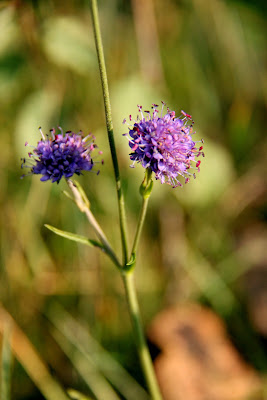 The bright sunshine on Saturday meant that it was perfect day for our visit. 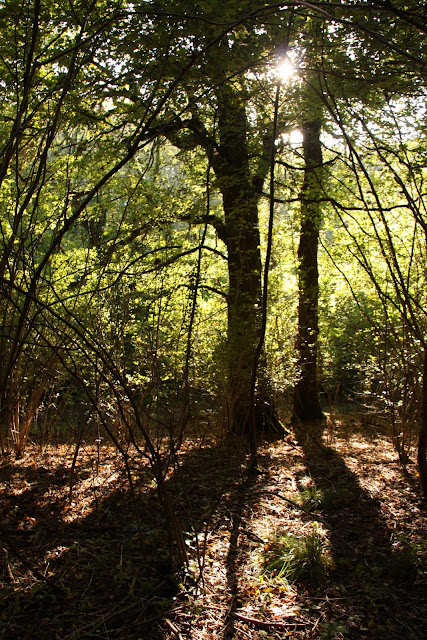 The leaves are of course in full swing of their annual change.  The ash trees have largely lost their leaves, which is a bit of a cheek as they are also last to unfurl their leaves in spring.  However, the oak trees hang onto theirs' for much longer, turning brown and golden yellow.

Nature can also create its own art - such as in the autumn leaves making this pattern in the stream. 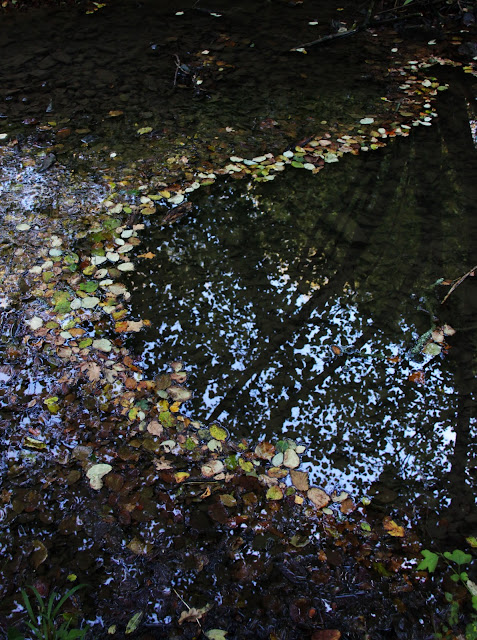 There were a few fungi - this was a fine example of a puffball species, possibly Lycoperdon perlatum: 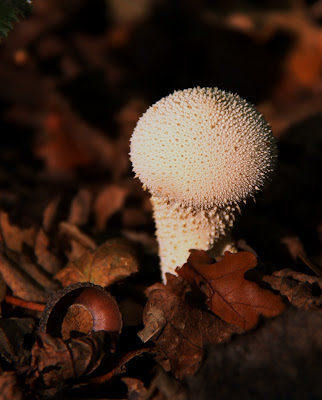 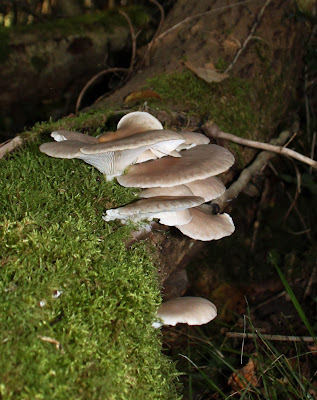 Generally it was very peaceful... 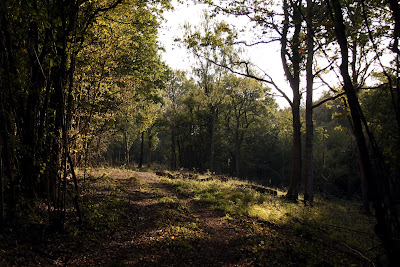 The uncommon Wild Service Tree is a sign of a truly ancient woodland (or at least a woodland that has been around since the 1600s, i.e. a place that has naturally grown up as woodland rather than been planted).   I had not noticed this species here before, but the leaves on the ground helped me to spot it before I looked up to confirm its presence. 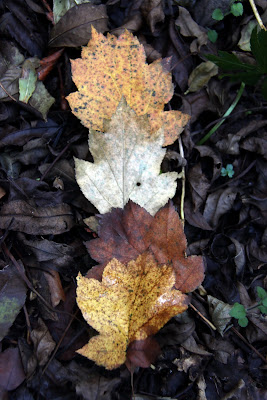 The leaves take on a range of autumn colours, and with their jagged edges look splendid in the canopy. 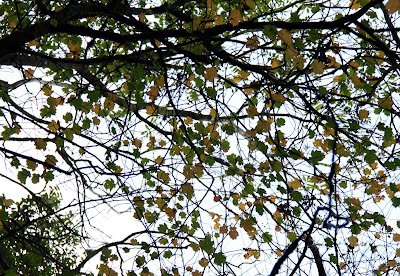 A highly recommended nature reserve at any time of the year. 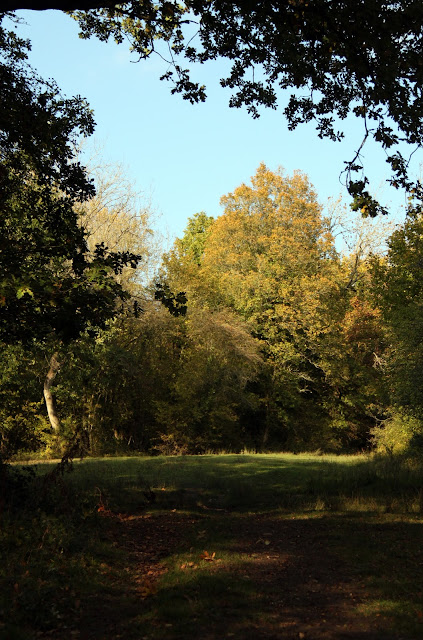 On the edge of the site there is a glade where the blackthorn was heavy with sloes and the red rose hips were plentiful: 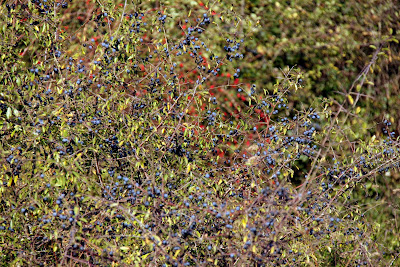 The start of the fungi season

Last week we paid a visit to the New Forest in Hampshire, to get away for a day or two.  During our walks around the woodland and heathlands I was particularly on the look out for fungi and deer.  Saw a fair few of the former, but very few of the later unfortunately.  However another important grazer was abundant - the new forest ponies.  They can give you quite a surprise if you are not expecting them. 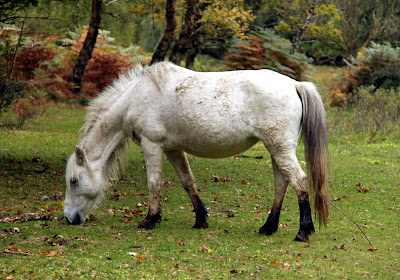 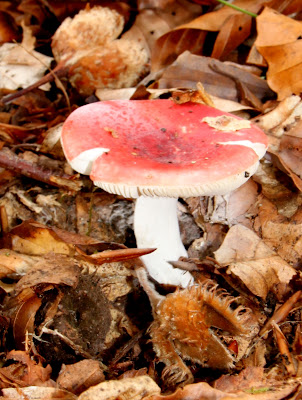 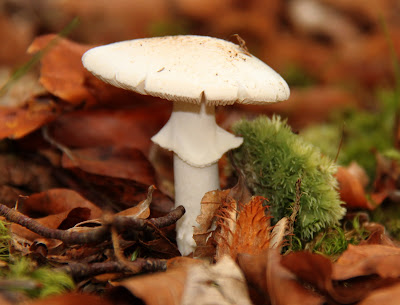 The wood ants in the forest make some pretty impressive nests: 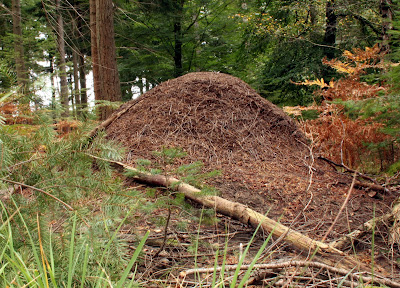 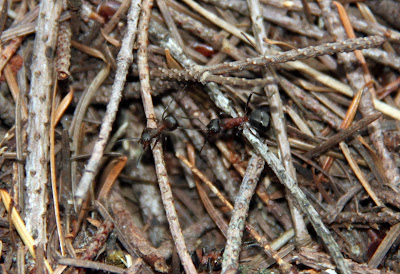 There's one particular group of fungi that you often smell before you see them - they attract flies to the sticky top where the spores are - this one is called Phallus impudicus...can't think where it gets its name from...? 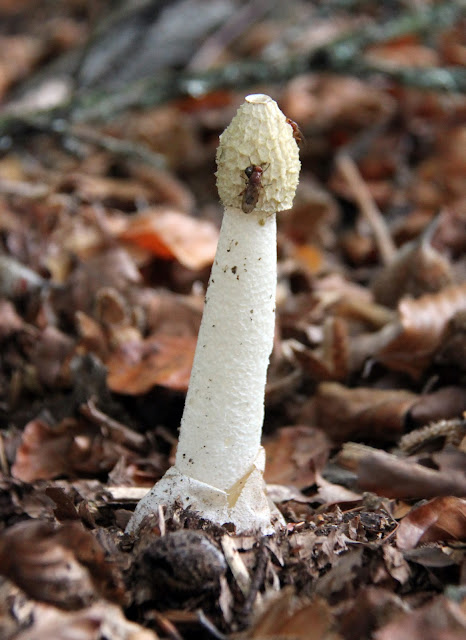 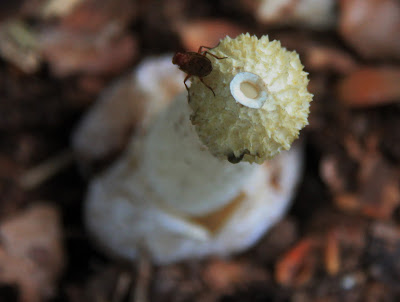 Last years visit around the same time was a bit sunnier and I found a few more interesting characters: http://wildlifewanderings.blogspot.com/2010/10/fungi-pigs-deer-and-sunshine.html