The New Forest was a feast today - rich in fungi, colourful with early Autumn tints, holly berries and pigolious - plus sunshine. 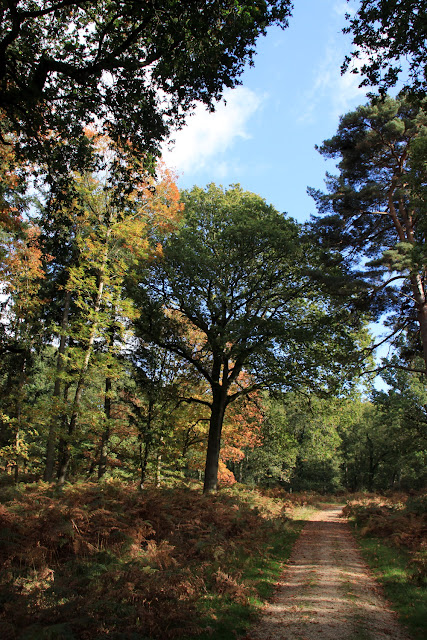 We hoped to hear the deer calling for the rut, take pictures of fungi, enjoy the trees and try to avoid hitting any cattle or horses that roam freely across the heathland.  Success on all counts bar the deer.

We did enjoy seeing pigs taking up their pannage rights however - what little characters they are!.  Their noses have a number of rings in to stop them trashing the ground, so they mainly stick to eating acorns and the like, that can they can forage for without digging up the soil.  Commoners of the forest are allowed to run their pigs in this way, but this is a right only afforded to them and is an ancient tradition. 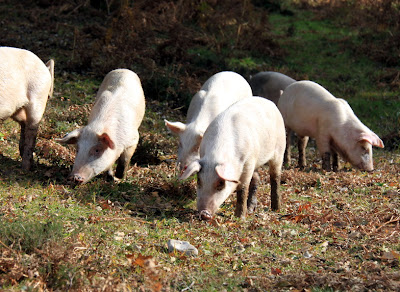 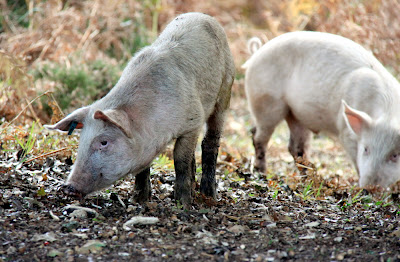 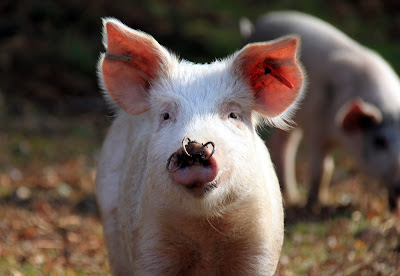 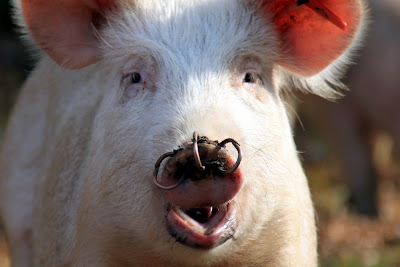 As soon as you stepped of any path in the woods you could see fungi - they were everywhere and quite amazing.  Here are some of the ones that I found: 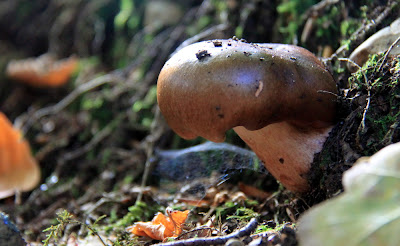 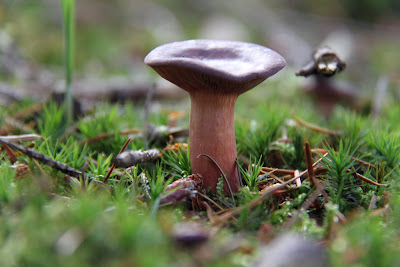 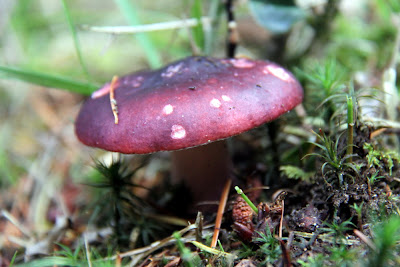 In between the areas of conifers and broadleaved woodland there are areas of gorse, holly, heather, bracken and grassland.  The gorse is particularly important of birds such as the rare Dartford warbler.
On the way back we found that a rain shower had drifted through Bath...I could not resist including this picture... 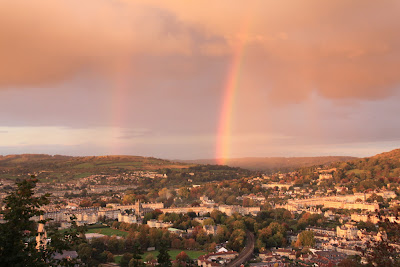