The unpredictable nature of nature

YOU never can predict just what you are going to see when you don the boots and trek out into the countryside.  We (Steve and I) had a few targets, but somehow the show that nature puts on is always unpredictable, often surprising, and usually wonderful.

The Somerset Levels were clear and cold yesterday.  We visited a number of reserves, including Greylake, Ham Wall and Shapwick Heath.  At the first of these we were lucky enough to watch a very confiding water-rail.  These birds are normally utterly elusive, with only their spine-chilling call giving them away or a snatched view of lurking shadow.  However at Greylake this individual was very confiding.

The first image below shows you what a GOOD view of a water-rail is normally like. 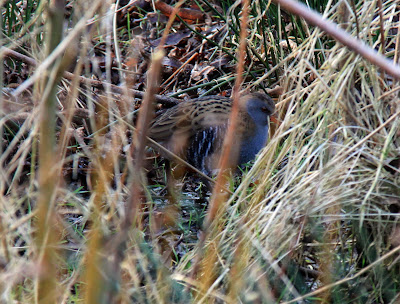 But we were luckier than that... 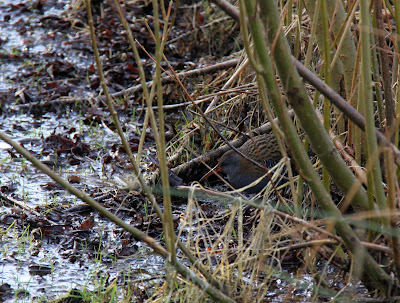 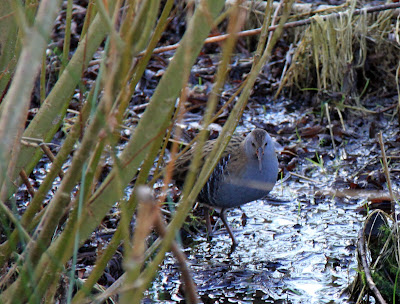 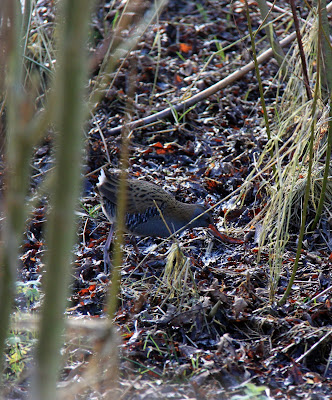 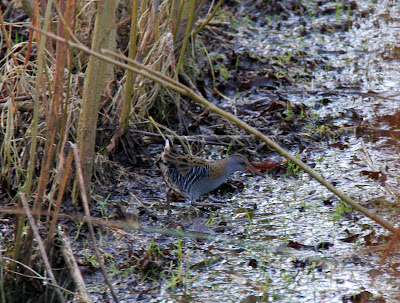 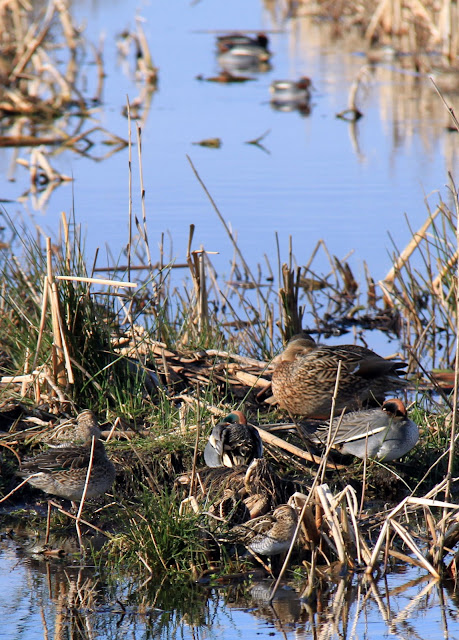 The reeds of Greylake

Out next stop was CatCott Lows, but before we had even reached there we were given a full fly past by a large flock of lapwings and starlings.  At Greylake there had also been a huge flock of lapwings which surpassed anything I have ever seen - its stretched right across the horizon. 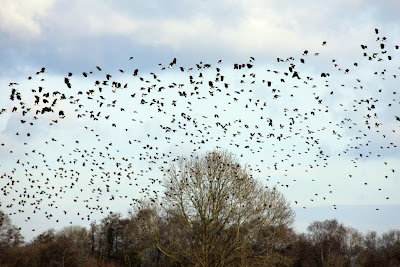 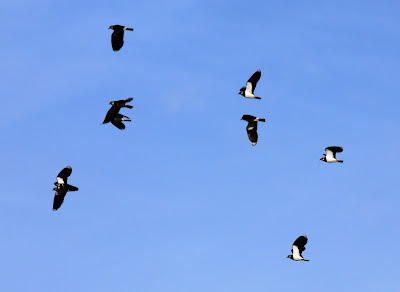 The Lows supported the usual ducks.  Here a Shoveller and a Wigeon show off their beautiful plumage: 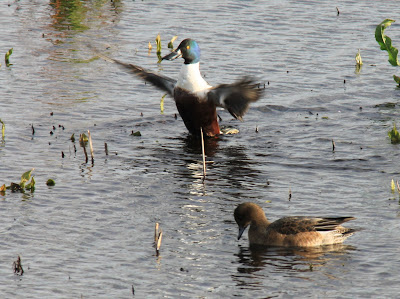 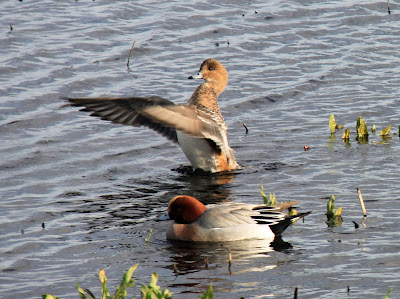 Finally onto Ham Wall for the "starlings show".

The hoards of people that now go to see this event is quite astonishing.  The carnage afterwards was hilarious, as three tractors all with trailers, decided to try to drive down the narrow road with two coming one way and one the other way, and with the road full of cars parked on one side.

There was a stalemate for ages, until some careful and complex manoeuvres that even Garry Kasparov would have been proud of, let everyone move.

Anyway...the starlings did not quite show up as predicted and so 150 or so onlookers were seen marching down a the track to where the birds were.  As it was a calm night they tended to drift in in large flocks.  The buzzard wheeling amongst them did not seem to make much of an impression on them either.  Even so, the sight was as impressive and wonderful as ever.

First we waited for the sunset. 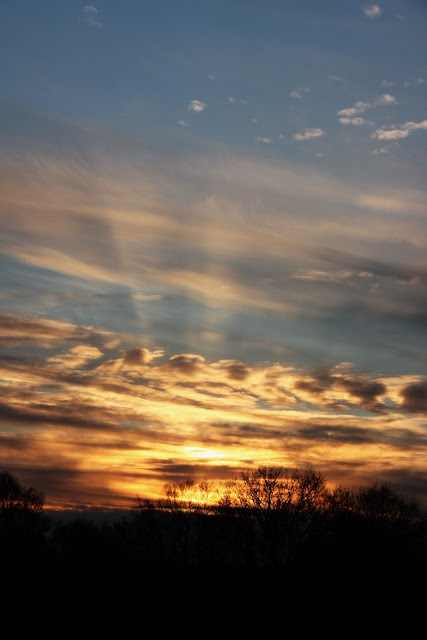 Then the birds arrived and just kept on coming, streaming over our heads.  Its always wise to keep your mouth closed when looking up at so many birds! 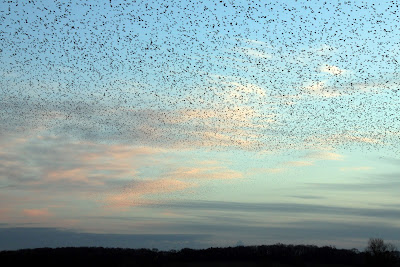 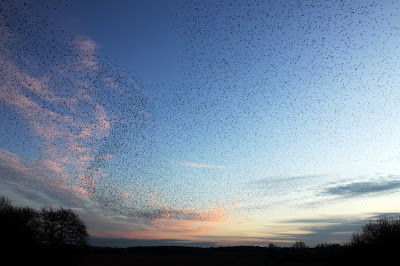 They poured into the reeds 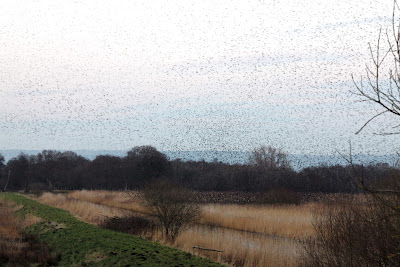 As the light faded a few stragglers rushed to join their friends. 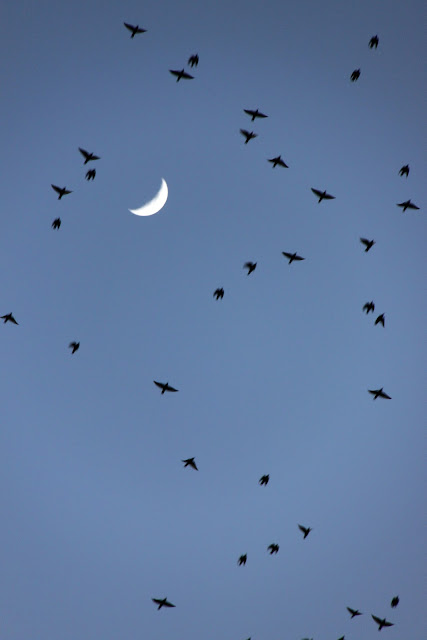 Ironically we did not see the huge, wielding flock that we hoped from this vantage point, but later as we were waiting at the car the starlings could be seen on another part of the reserve near us in a huge wave passing over the reed in the darkness.

All together a wonderful day.

HOORAY!  I have finally splashed out on a 100mm macro lens...I cashed in all my small change (£170!) and with other cash lying under the mattress, marched off to Jessops...and oh yes she's a beauty.

So today we took a walk in the ByBrook valley, NE of Bath, and headed for a snowdrop hotspot.  We were a bit early in the season for the full flourish, but these delicate white harbingers of spring still looked a picture.

Unusually, this is a large colony of this species growing in a semi-natural woodland on a very steep slope.  Someone, a long time ago, must have planted a few and today there are hundreds.

Anyway, I donned my waterproof trousers (steady ladies) and got down and dirty for these pictures.  I now appreciate the importance of a tripod. 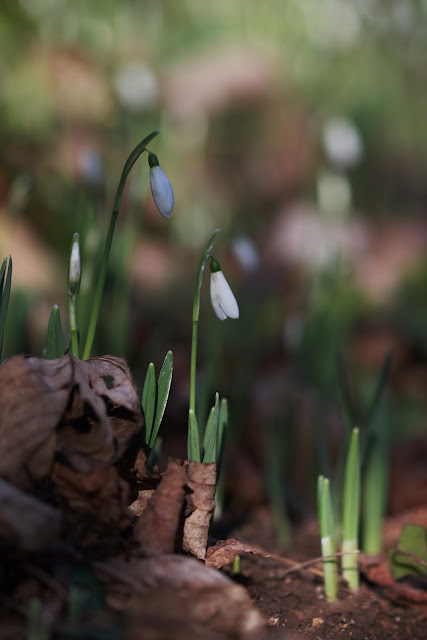 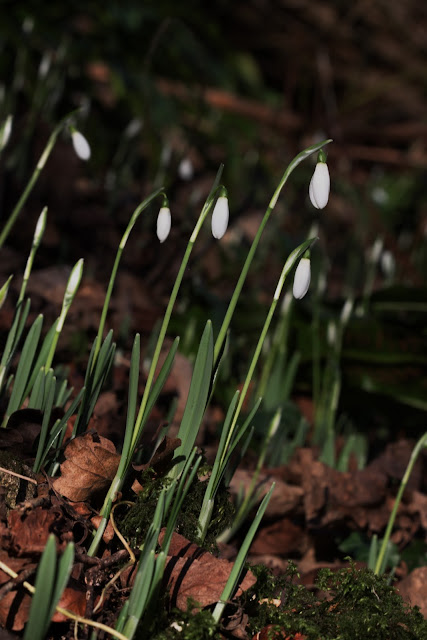 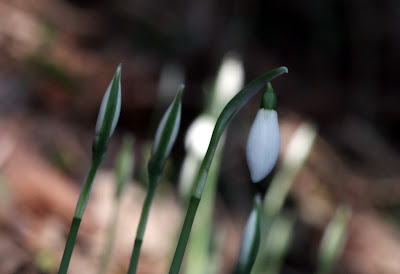 They feel quite alpine-like when you look at the close-up - beautiful.
Posted by Peter at 20:02 3 comments:

Email ThisBlogThis!Share to TwitterShare to FacebookShare to Pinterest
Labels: snowdrops


THIS year's first snap of cold weather saw me get out of my warm bed on a Saturday morning and catch the sunrise.  The temperature was -3.5C, which certainly stirs the blood and makes using a camera with metal bits rather unpleasant.  Anyway, here are my offerings of the valley south of Midford and some other views SW of Bath, England. 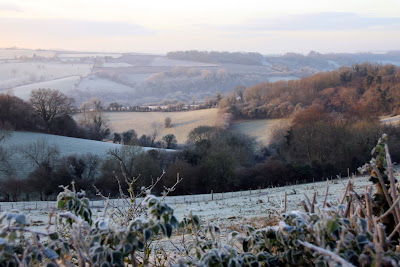 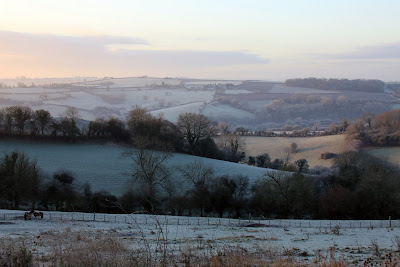 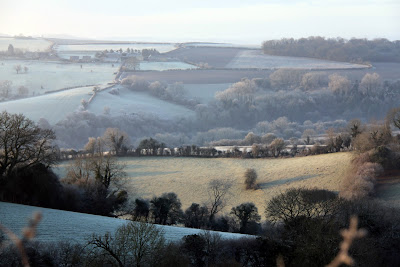 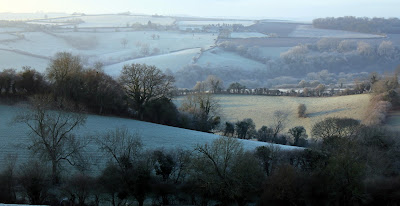 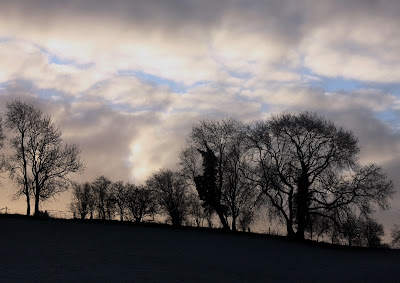 I drove around the lanes to Wellow - a beautiful Cotswold's stone village with a significant horsey presence... 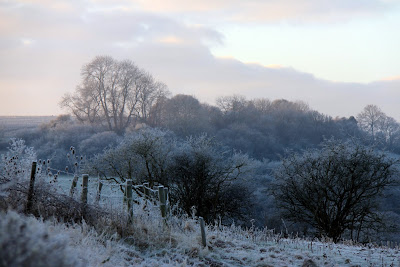 There is a small ford at the bottom of the village with an orchard next to it -all rather idyllic: 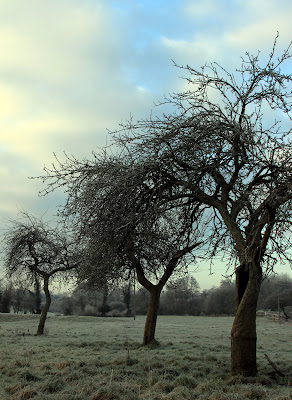 ON my last visit to Somerset there were quite a few flying things.  Now I appreciate that none of these photos will win any awards, but they are quite an interesting log of the day:

Quite a variety I think you will agree.

ON the last day of my break from work I trooped down to the Somerset Levels to see what was about.  I had an embarrassingly large number of layers on to stave off the cold - it just about worked, but I did look like the Michelin man.

Along with the usual overwintering ducks and waders, I was keen to catch the starling flocks and try out my camera in video mode  -  I managed to capture a few sequences (video)

It was truly amazing to see the thousands of birds - they make an astonishing whooshing noise as they fly low over your head - it honestly sends a shiver down the spine.  However the real excitement comes when the starlings are preyed on (sorry I know that this sounds mean), as their reaction is amazing.  I was surprised to see a buzzard swoop into the flock and have a pop, but was more thrilled when a peregrine did the same.  The peregrine managed to catch its dinner and flew off with the poor victim in its talons.

I just caught the moment that it dived in on video - its at about 48 seconds into the sequence.  If you watch, listen out for the sound of the birds flying over too.  Enjoy - if you can!

When I was looking through my photos I realised that the peregrine had been harassing the flock earlier too.  Also a picture of the Tor (like the one above) had a marsh harrier loitering in the background.  How unobservant am I?
Posted by Peter at 22:41 2 comments:

I have been asked by the RSPB if they can use some of my photos on their leaflets, to advertise their work at Arne NR in Dorset...of course I was delighted.

However I have also just come across their website (http://www.rspb.org.uk/reserves/guide/a/arne/sightings.aspx) which has my photo of one of their wardens ("Rob") with a sand lizard...cool! 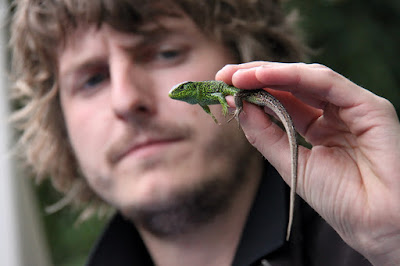