LAST Sunday we were determined to stretch our legs and so followed a set walk in the beautiful Wylye Valley in south Wiltshire.  This valley is a hidden gem, with stunning picture postcard villages abutting the "SSSI" and "Special Area of Conservation (SAC)" designed river, which is full of wildlife.  The water cuts through the great chalk mass south of the mighty Salisbury Plain and joins a number of other rivers, such as the Avon and the Nadder in beautiful Salisbury.  In winter these rivers conspire to flood the local residents of this city, sometimes filling the low lying land until the water spills over onto the roads.

In the past, these flat rivers valleys were managed as specialist water meadows, where careful husbandry of the land kept the grass wet in spring and slightly warmer than it would otherwise be, so that it was less prone to be covered in frost.  This allowed for earlier grass growth ("flush") in spring and the sheep that grazed the ground to get an "early bite" - significantly earlier than other areas around the country.

The sheep, which also grazed the downland hillsides of the valley, were then penned up ("folded") on the neighbouring arable land during the night to fertilise the ground with their droppings.  This virtuous cycle (sic) brought great wealth to the county as woollen fleece was highly sort after, and along with the meat, was a valuable commodity.
The moment captured in this blog's title was the sighting of the first spotted flycatcher of the year.  I managed to capture the one moment that it showed itself before we had to move on (I can't use up all my credit on one image!).  I did not realise until I looked at the photo that it is possible to see the insect that the bird was actually eyeing up (the distance here was a bit of a stretch for my lens): 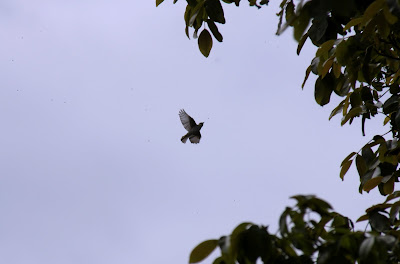 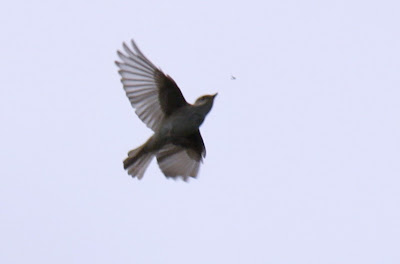 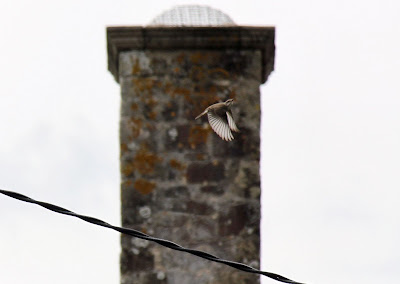 I also was glad to also see healthy populations of house sparrows snapping up the flies by the river; this chap was posing on the roof of an old church. 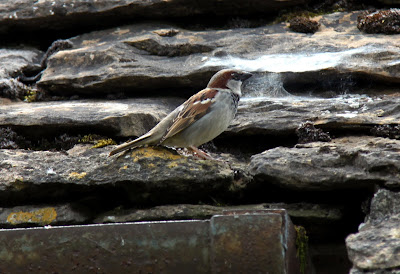 Our walk took us along the river banks, amongst cattle pasture dotted with pink ragged-robin, along hedgerows stuffed with cow parsley and open arable fields. 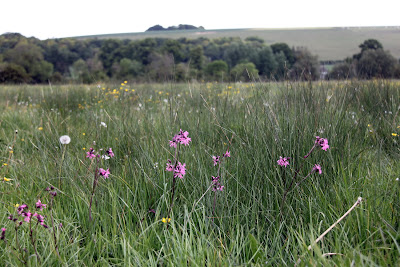 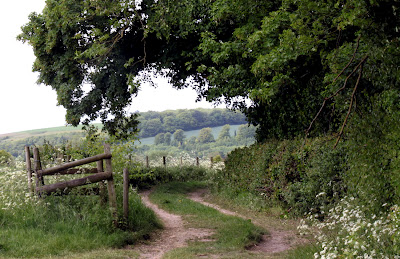 We had to make a special detour to see the downland, but by the time we reached the downs the wind was biting and we were in no mood to dally. 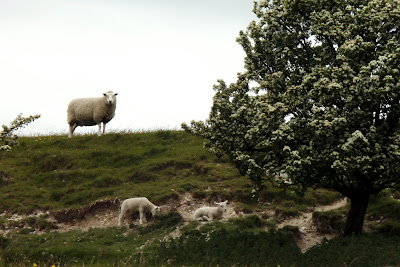