May sunshine in hawthorn lands

Last weekend provided an great opportunity to experience the sumptuous hawthorn landscape on the northern edge of the Somerset Levels.  I was keen to capture the creamy white blossom which can never have been more prolific than it is this year - it fair drips off the bushes! 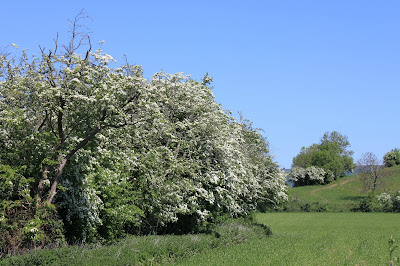 Hawthorn hedgerow
The cow parsley is a common sight along roads and in areas where grazing is more "relaxed". 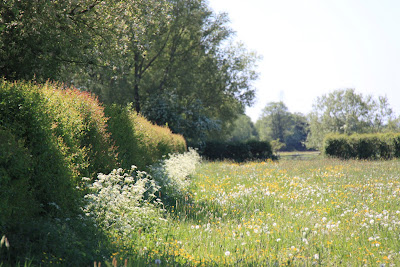 Sunshine across a meadow with a cow-parsley boarder 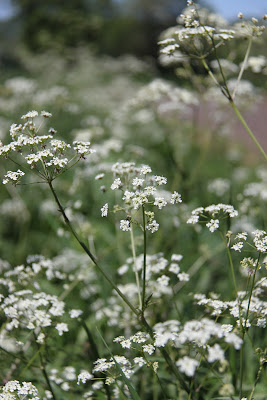 Cow parsley
There are numerous unadopted lanes between the flat fields of the Levels.  In the dazzling sunshine there was a constant hum of bees and hoverflies, along with a warm, musty smell of the hawthorn flowers...it was like a hugging blanket. 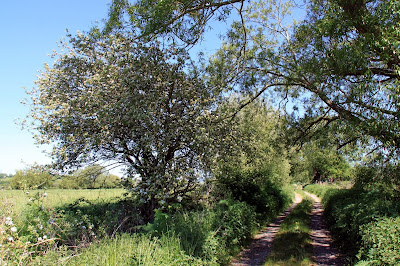 A country lane and apple tree 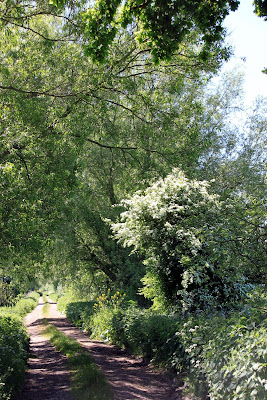 Another view of the lane 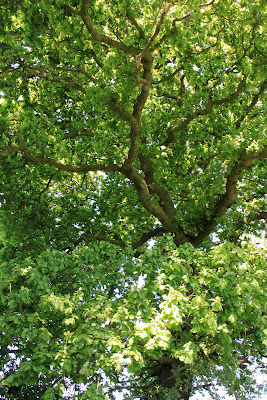 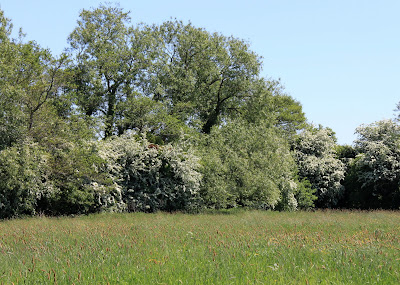 Mature willows and hawthorn across a meadow 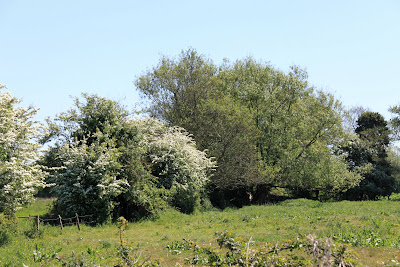 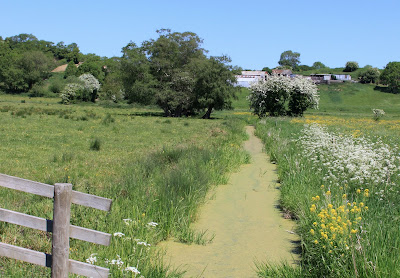 A rhyne - a fence and a drain - plus a habitat 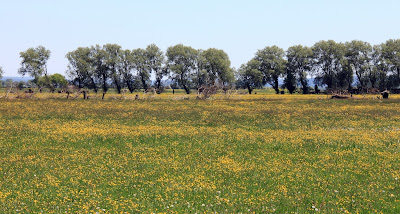 Buttercups in profusion
Where there is open water the pussy willows are frequent.  They spread their seeds in a light fluff that fills the air.  Poplar trees also adopt this method and create a light snow shower building into drifts along the pathways. 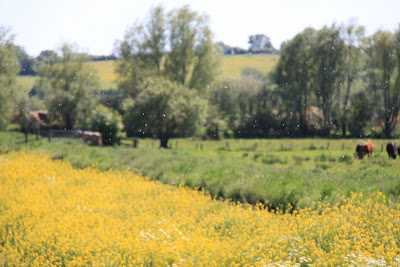 Willow fluff filling the air
Out on the lakes the geese, duck and swan families drift around avoiding one another if possible.  This swan decided that the raft was too small for his family and the coot! 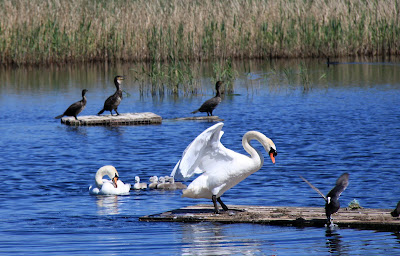 A coot making way for a swan family

The wetlands were alive with insects, which in turn attracts birds such as hobbies and persuades the fish to leap for their dinner.  Dragonfly couples, linked in an egg laying embrace , hovered low over the still water in their thousands.  Whilst the more dainty  blue damselflies perched along nettle fringed footpaths, carrying out frequent, restless sorties. 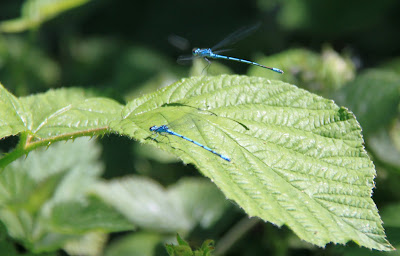 A blur of damselflies
Posted by Peter at 11:02