With the temperatures soaring, there's no better place to visit than a woodland (apart from the beach perhaps!).

We spent the day amongst the majestic trees of the New Forest National Park in Hampshire...and what a day it was!  This 1000+ year old Forest owes its existence to the rather insatiable need to hunt by William the Conqueror, who forbade the taking of deer and wild boar by the "commoners".
It is hard to describe how beautiful this place is with all the new spring greens, luminescent in the sunshine. 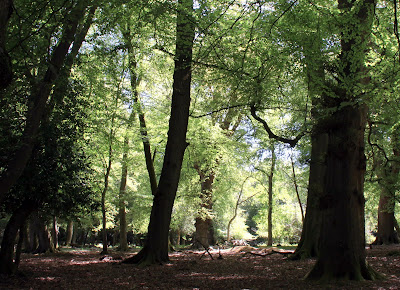 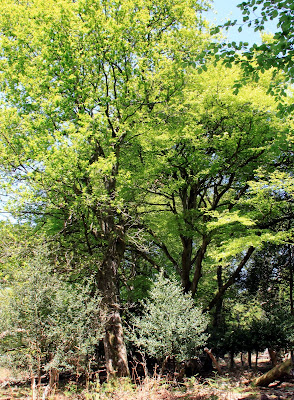 Towering beeches and holly
The trees are allowed to get to a very old age and as a result limbs naturally fall off and rot on the ground.  This provides a rare habitat for many wood boring beetles and other insects. 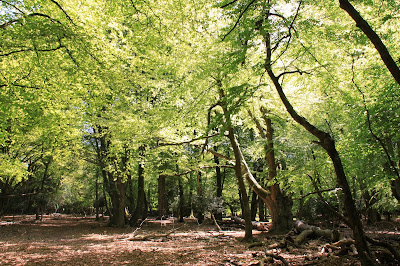 Trees and fallen wood
Between large patches of ancient oaks and beech (in what is actually referred to as wood pasture and woodland enclosure), there are extensive areas of open heath supporting gorse and heather.  These are grazed by cattle and a large number of horses which are able to roam freely. 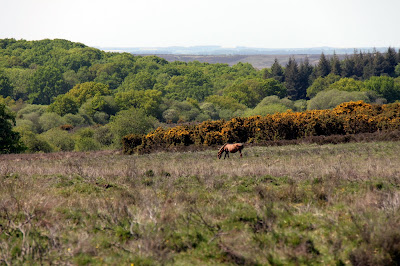 New Forest heathland and woodland
The main target species were redstart and Dartford warbler.  After a long search I managed to see the former, but quite quickly gave up the search for the later in the roasting sunshine.  The New Forest also supports hobbies, which hunt the many dragonflies present, plus a great number of small birds such as warblers, pipits and chats. 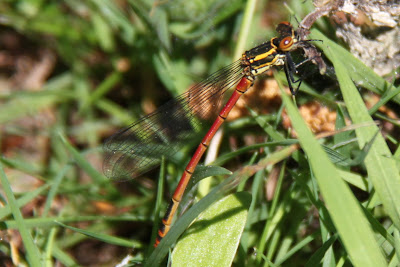 Small red damselfly
There are also some significant areas of very short grassland grazed by rabbits, which also have rare and interesting plant species - these areas are called "lawns".  Where the ground in wet there are areas of peat bog.  At the moment the bright blue flowers of common milkwort, yellow pimpernel and the pink lousewort dot the sward with colour.  On the really wet areas where sphagnum moss grows, you can find the carnivorous, insect eating sundews, which gobble up unwary flies in order to make up for the lack of some essential nutrients. 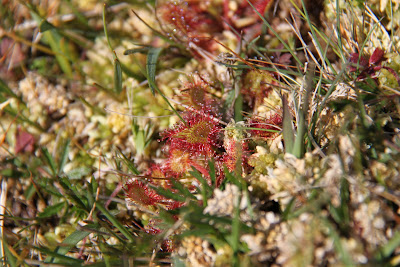